Skip to main content
🏔️ Check out our mountain merch & donate 5% of your order to charity!
Rainier Watch

Shop all on The RW Shop 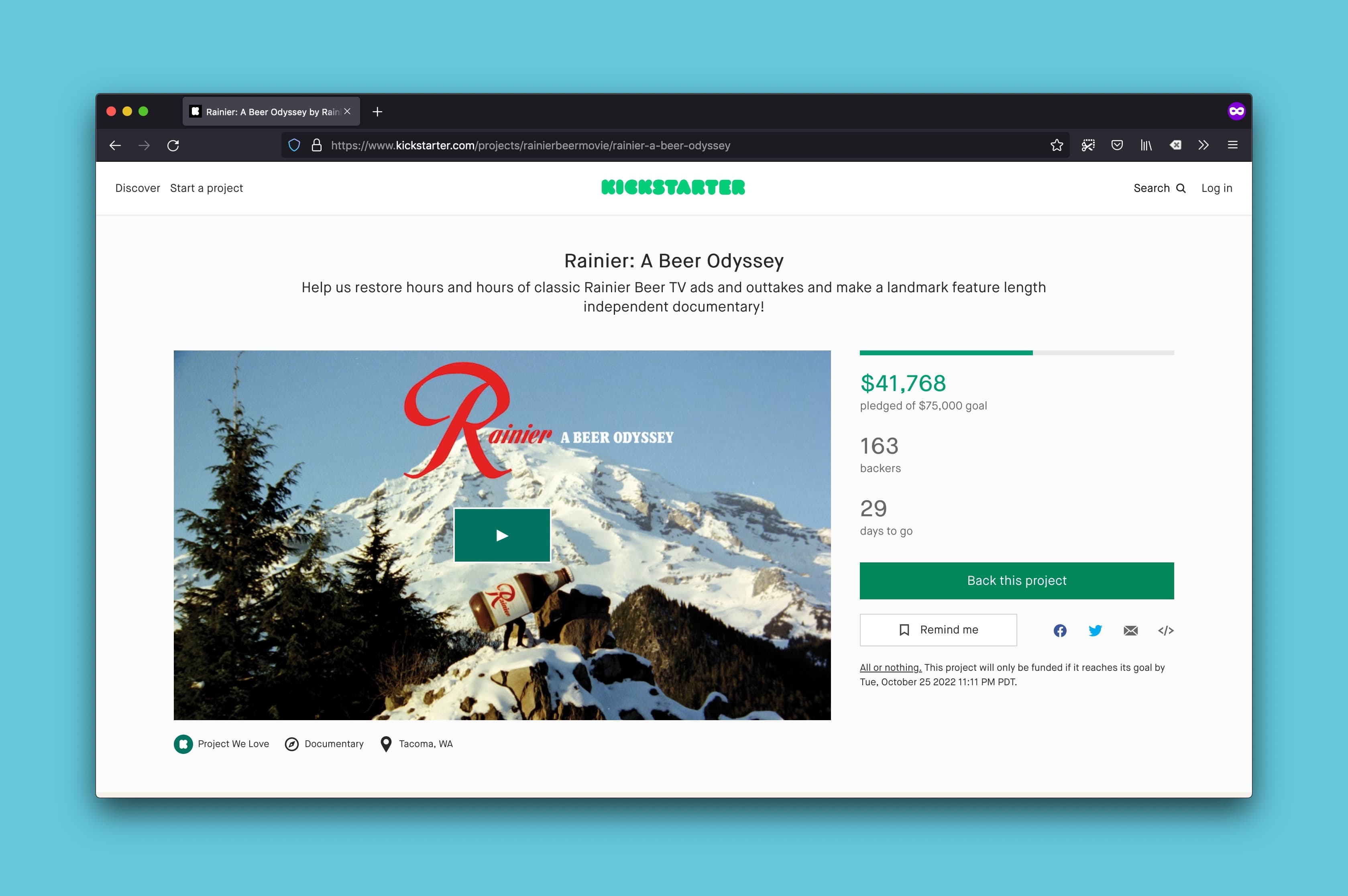 Q&A with Justin from "Rainier: A Beer Odyssey", the movie & kickstarter

I sat down with Justin from the small team putting together "Rainier: A Beer Odyssey". They restoring dozens and dozens of the old Rainier beer ads and working on a full length documentary!

To help finish the process, they recently launched a kickstarter - check it out!

What is Rainier: A Beer Odyssey?

The movie basically takes place in the 70’s and early 80’s during Rainiers most iconic advertising campaign. We are using all the material we can get our hands on; the commercials themselves, outtakes, behind the scenes stuff shot on the sets, and even in-house sales films that only the beer distributors ever got to see.. We also tell the stories of the people that were responsible for making the commercials, and what the whole advertising scene in Seattle was like back then.

Who is behind this?

The Peterson bros. (Justin and Rob Peterson) and director editor Isaac Olsen. Basically this three man crew created the idea. But we also have a talented crew of people we collaborate with that you can see on our Kickstarter page, including three really talented cinematographers

I, Justin Peterson, did music videos and a few local indie movies. Then got into the bar business with my brother Rob. We have always had a passion for film. We met and became good friends with Isaac Olsen another local filmmaker (strictly sacred the story of girl trouble and semi-iconic-the-ballad-of-dick-rossetti) we started working on a film called walk don’t run “the story of the Ventures” it’s about a band from Tacoma that went on to become the most successful instrumental band in the world. It will be premiering in 2023. We are always coming up with cool ideas and the opportunity to do something on Rainier was a no brainer we couldn’t wait to see how the film looked restored. Saving this Pacific Northwest treasure is quite a honor.

How did this idea start?

So we (Justin Peterson, Isaac Olsen, Robby Peterson) were sitting at a little bar in Tacoma called the 1111 (we own the bar) . We have a room in the back we dedicated to Rainier. a little Rainier museum with a TV. The TV plays all the rainier commercials on loop. Well anyway the only available copy’s of the commercial were so terrible. And we posed the question of what happened to the original film. A 2 year quest began. We finally tracked it down and now we are restoring all of it.

So many good ones hard to say haha the most memorable one for me and most people was the motorcycle. But R-Bo was great the Mickey Rooney spots, and anything with running rainiers.

What’s been your favorite part?

Getting the chance to restore this film is very fulfilling its so cool to see what it looks in its original form!

None of it so far everyone has been very supportive and great to work with.

How many hours of footage have you watched?

So many hours but Issac our director has topped us all. he first went through every inch of film on a light table to see what was on the reels and then he is also the editor so everything multiple times got to be over 60 hours

😭  we have been sad ever since it wasn't being brewed in Seattle. But the current owners have definitely embraced the culture that was created which I think is great. Their new ad’s definitely are a shout out to what made Rainier a northwest staple.

Art chantry is one of our favorite artists and he is a northwest treasure so his poster is probably one of our favorite prizes. But the custom Zeke R’s and the barbarian poster is right up there. And if you get any of these three items you get all the other stuff like shirt, hat, sweatshirt, stickers and patches so that’s cool.

Check out their kickstarter and help push this project across the finish line! 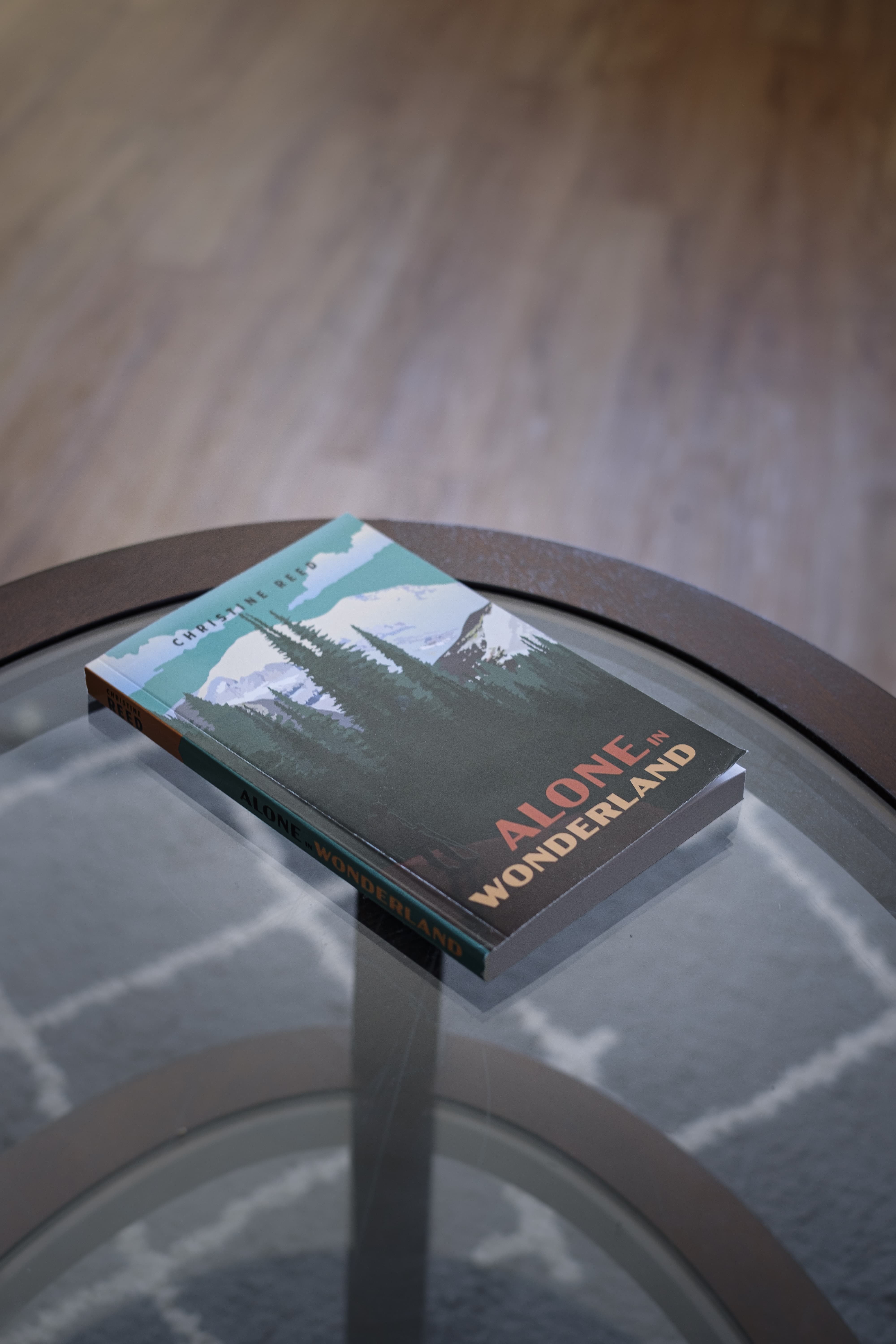 Interview and book giveaway with the author of "Alone in Wonderland" 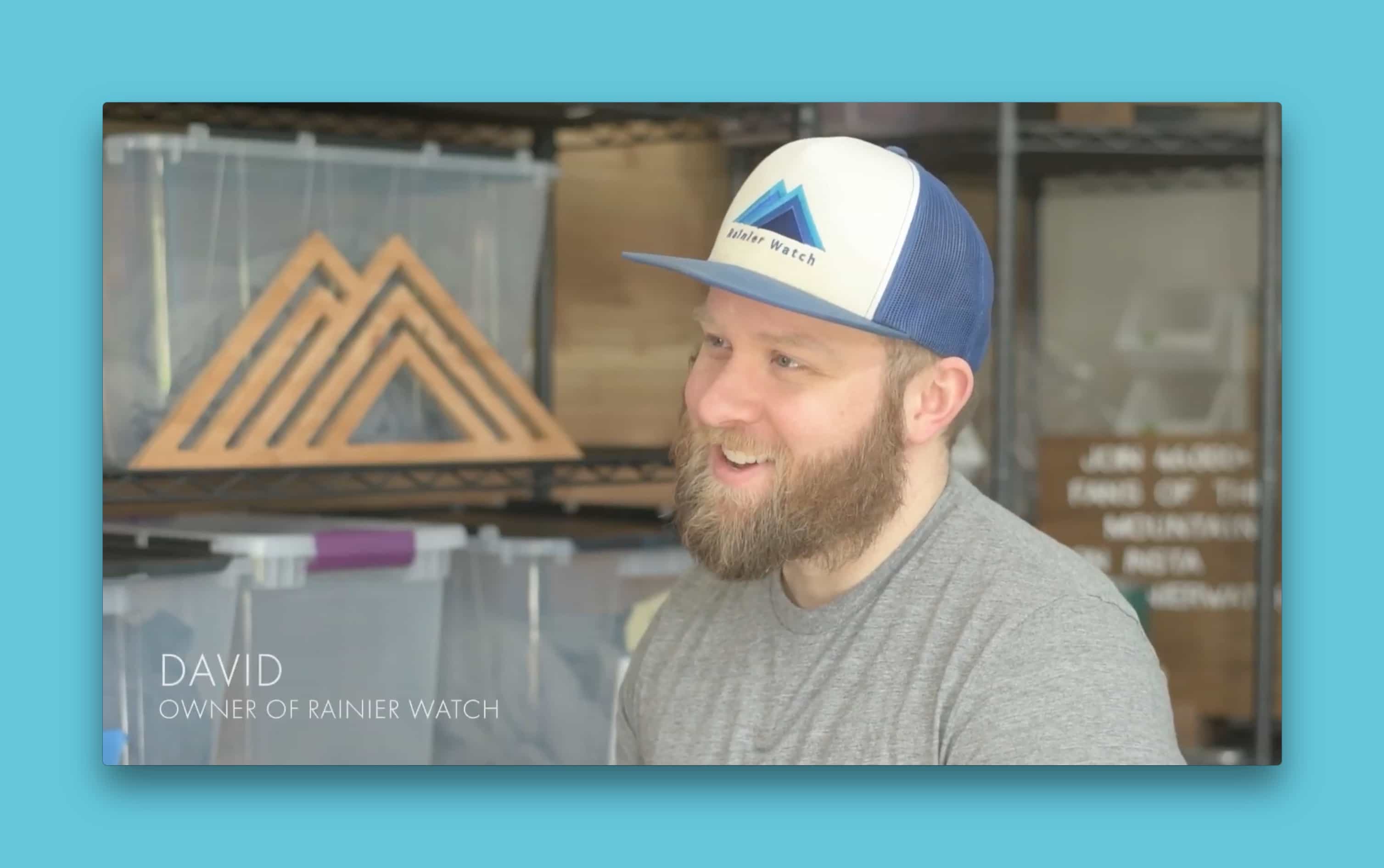 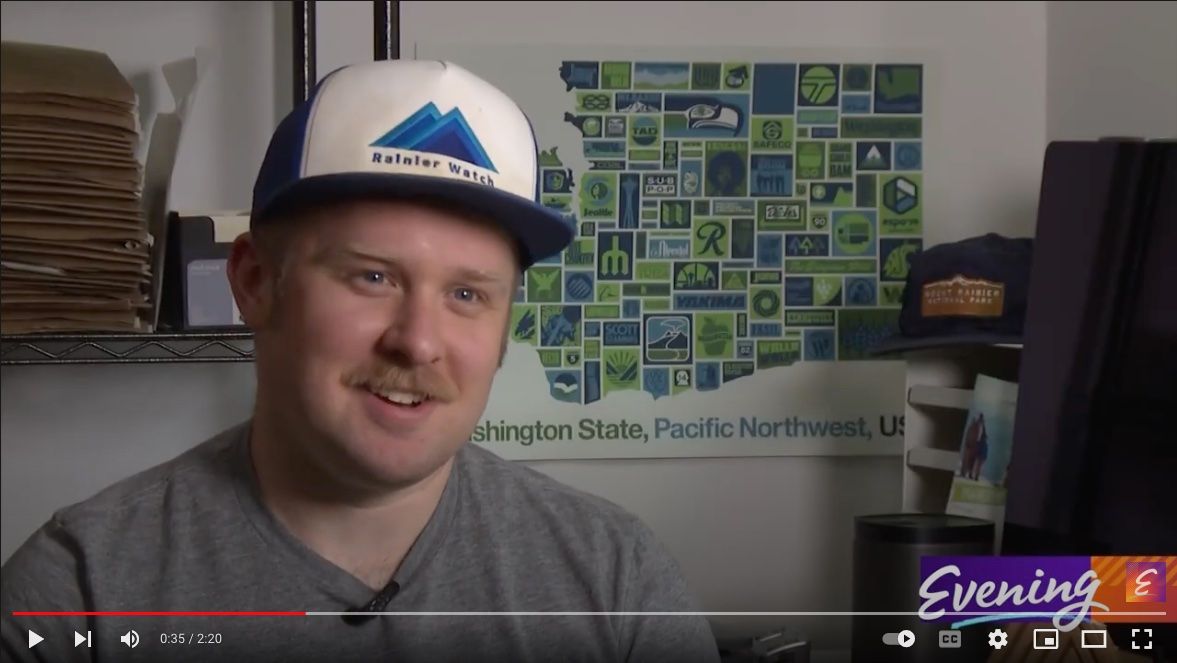 I was on King 5 Evening telling the Rainier Watch Story!